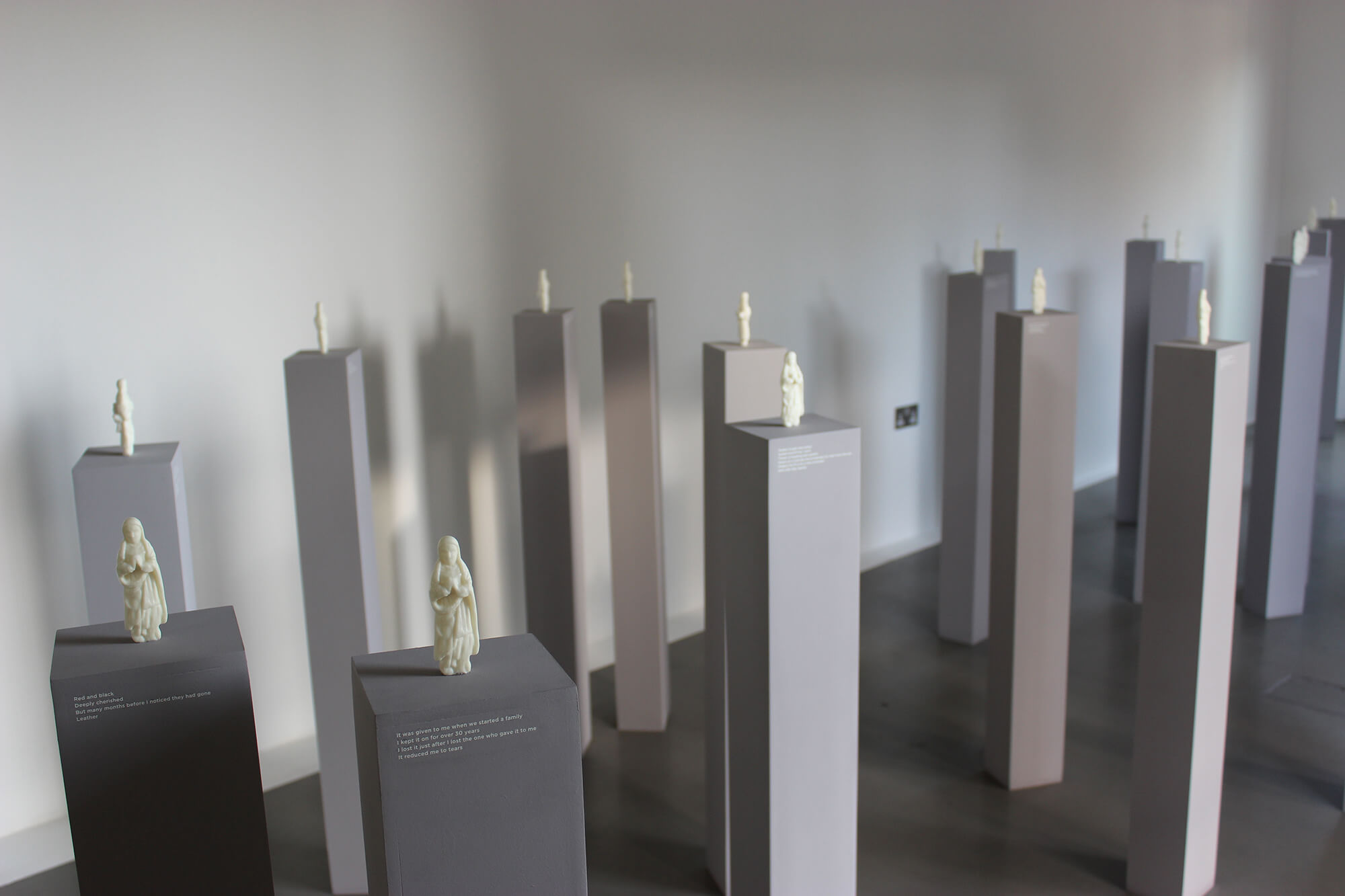 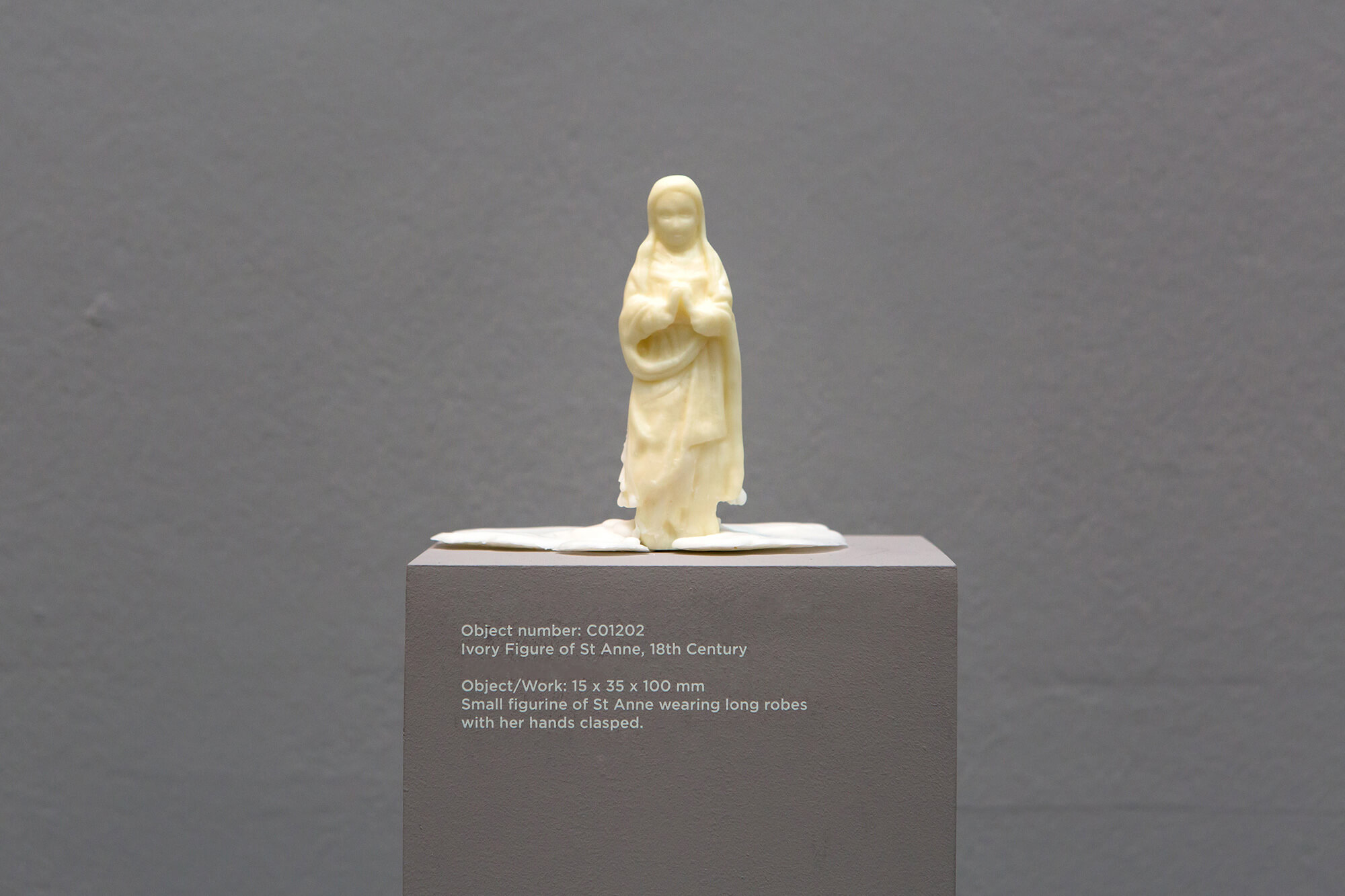 Working in collaboration with Peckham Platform and the Cuming Museum, the project offered an opportunity for the museum’s team and audiences to reflect on the fire, the museum’s collection and on personal responses to loss. The project takes inspiration from one of the lost objects, an 18th Century figurine of St. Anne, the patron saint of lost objects and those who search for them.

Only one image of the ivory model exists, photographed from the front; there is no record of what she looked like from the back. Using 3D printing, a relief of St. Anne was recreated and Platun hand carved an imaginary back representing each lost object the group creatively
responded to. Working with local groups, participants were asked to write a short description of an object they had lost but without naming the item. The text was then read out and the group were invited to draw what they thought the object was, creating multiple versions.
The installation juxtaposes current technology and the making of multiples with the historical role of the museum and its dedication to the past and preservation.

Funded by an ACE ‘Grants for the Arts’ Award. 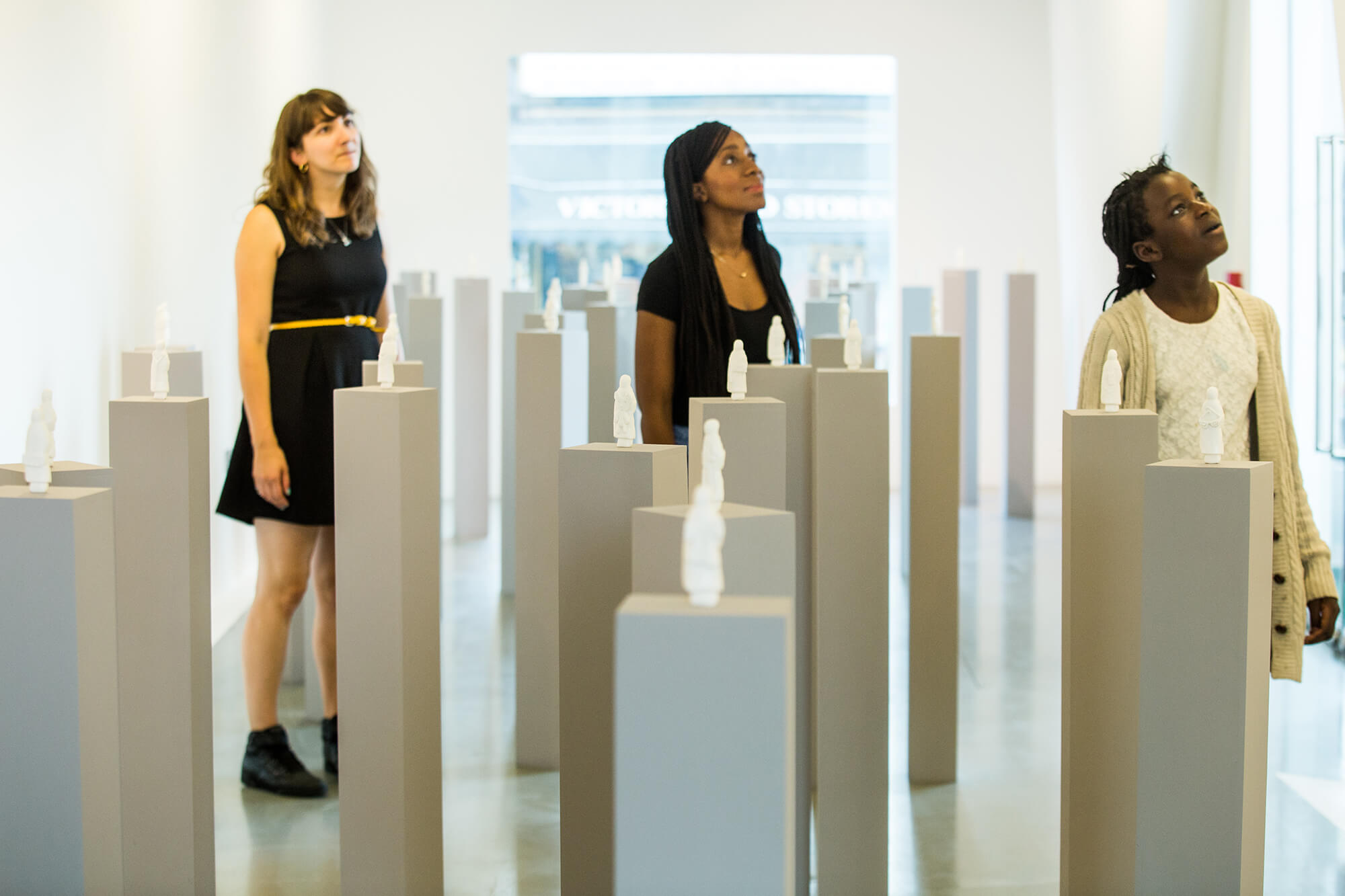 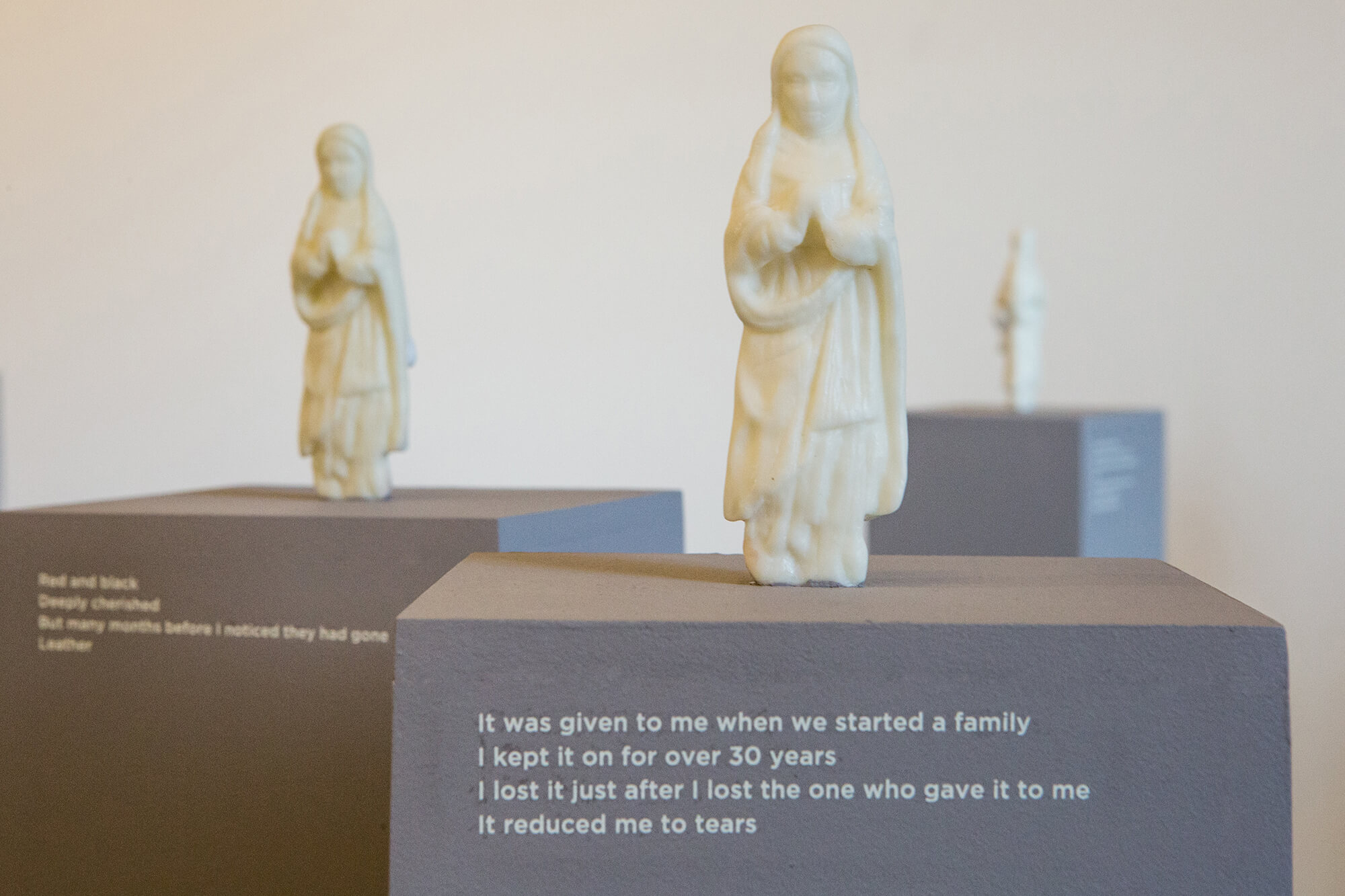 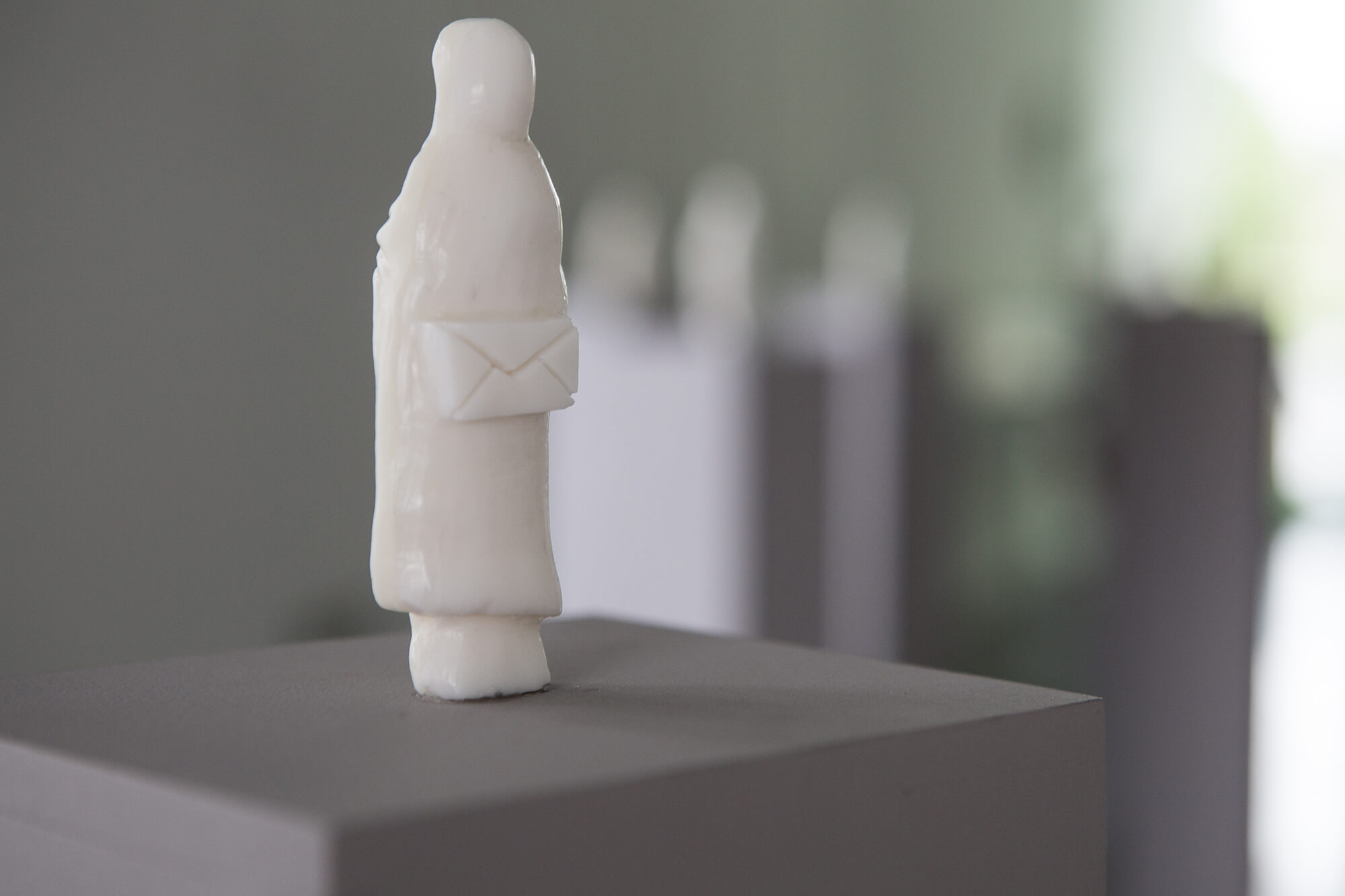 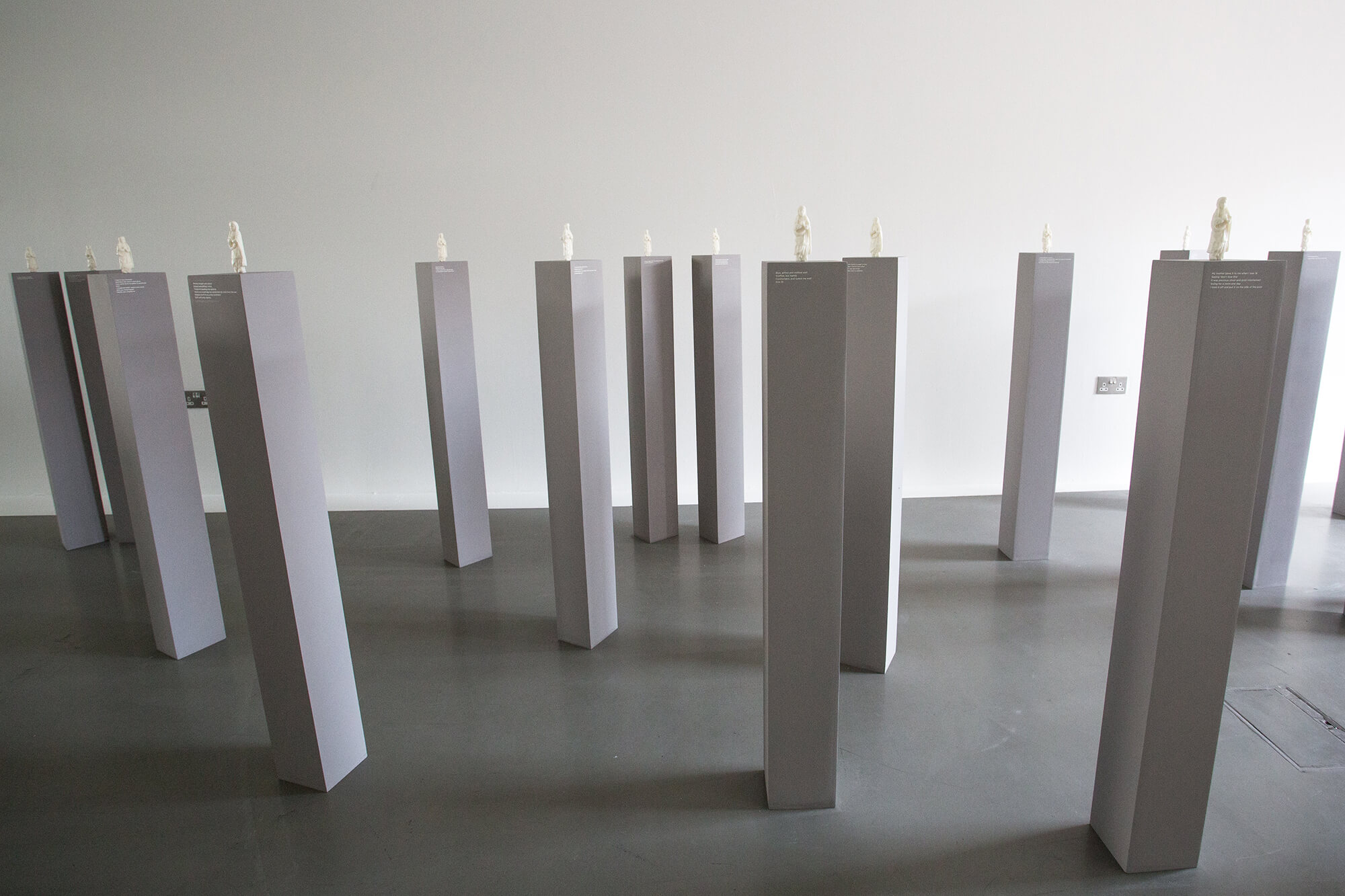