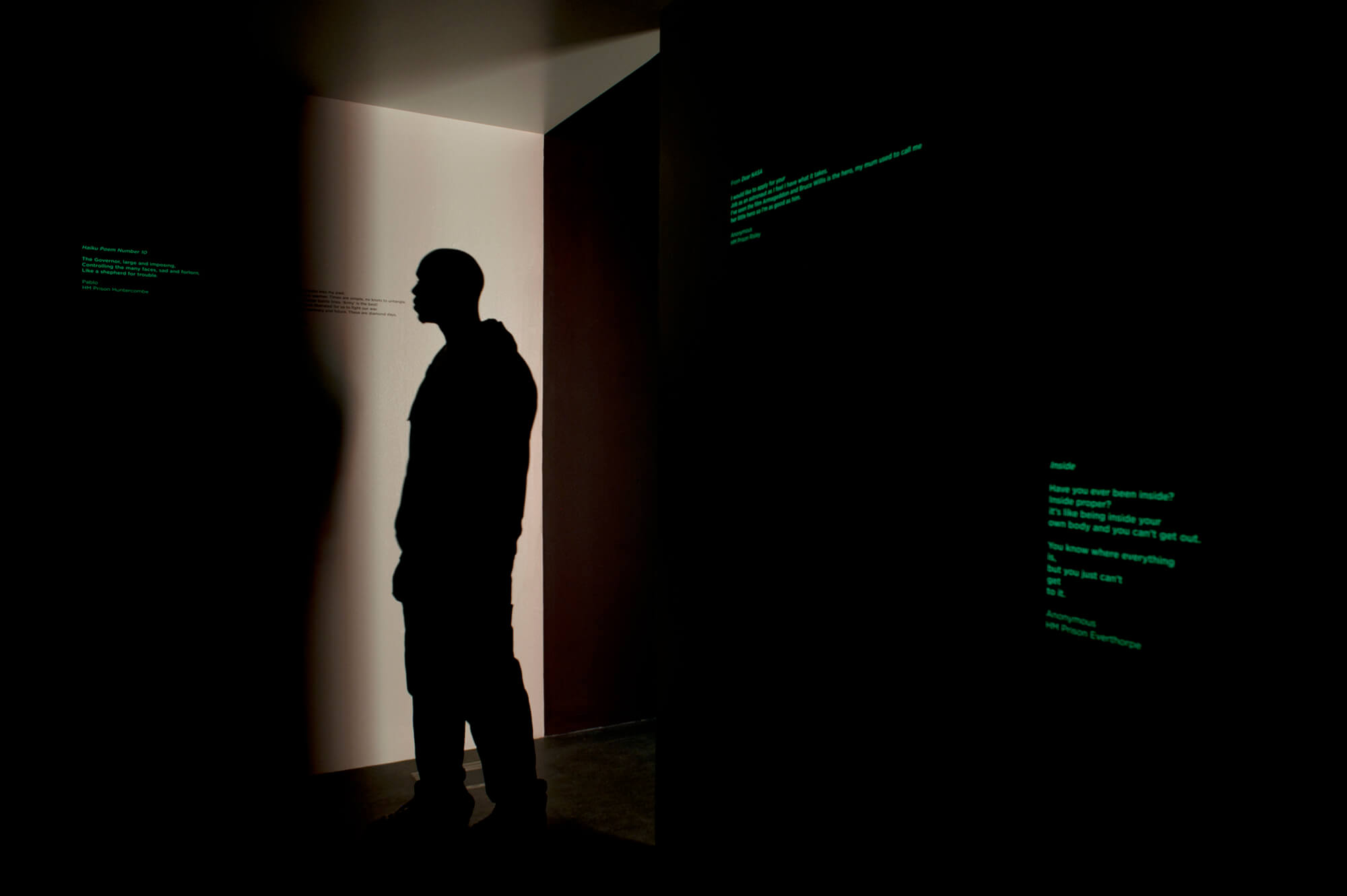 Lights out showcased writing by offenders, secure patients and detainees from the 2014 Koestler Awards.

Every year around 85,000 people are incarcerated in the UK. About the same number are released, meaning roughly 232 people enter and leave secure settings every day. During the exhibition opening hours that represented one person every 2 minutes and 32 seconds. Throughout the installation’s life strong lights switched on and off every 2 minutes and 32 seconds highlighting the rate at which people are jailed and released.

Half the writing was only visible when the room was plunged into darkness, glowing on the walls. The other half appeared when the lights came on and the luminescent writing disappeared; disrupting the viewer and dictating when and what could be read.

Commissioned by the Koestler Trust. 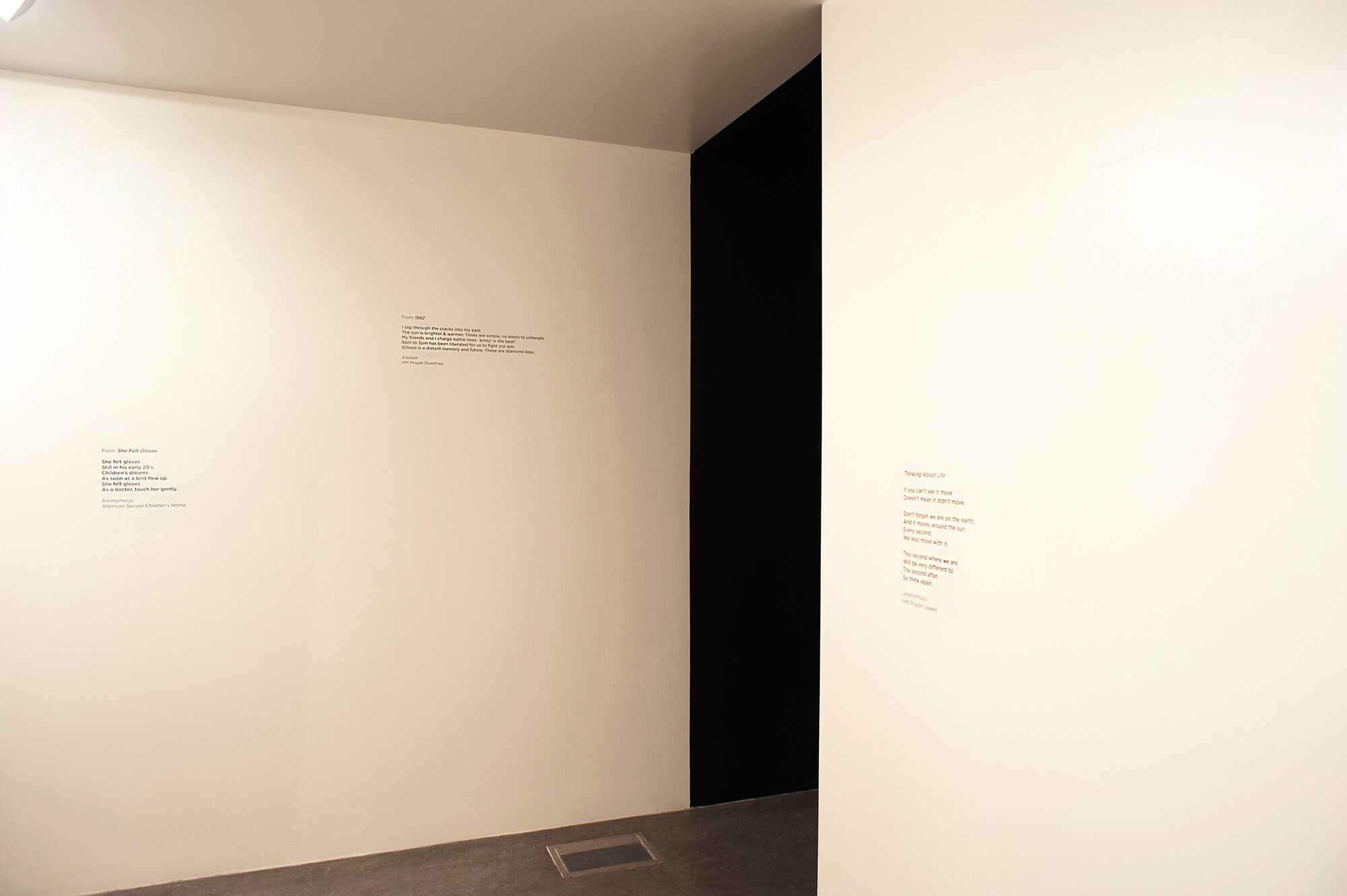 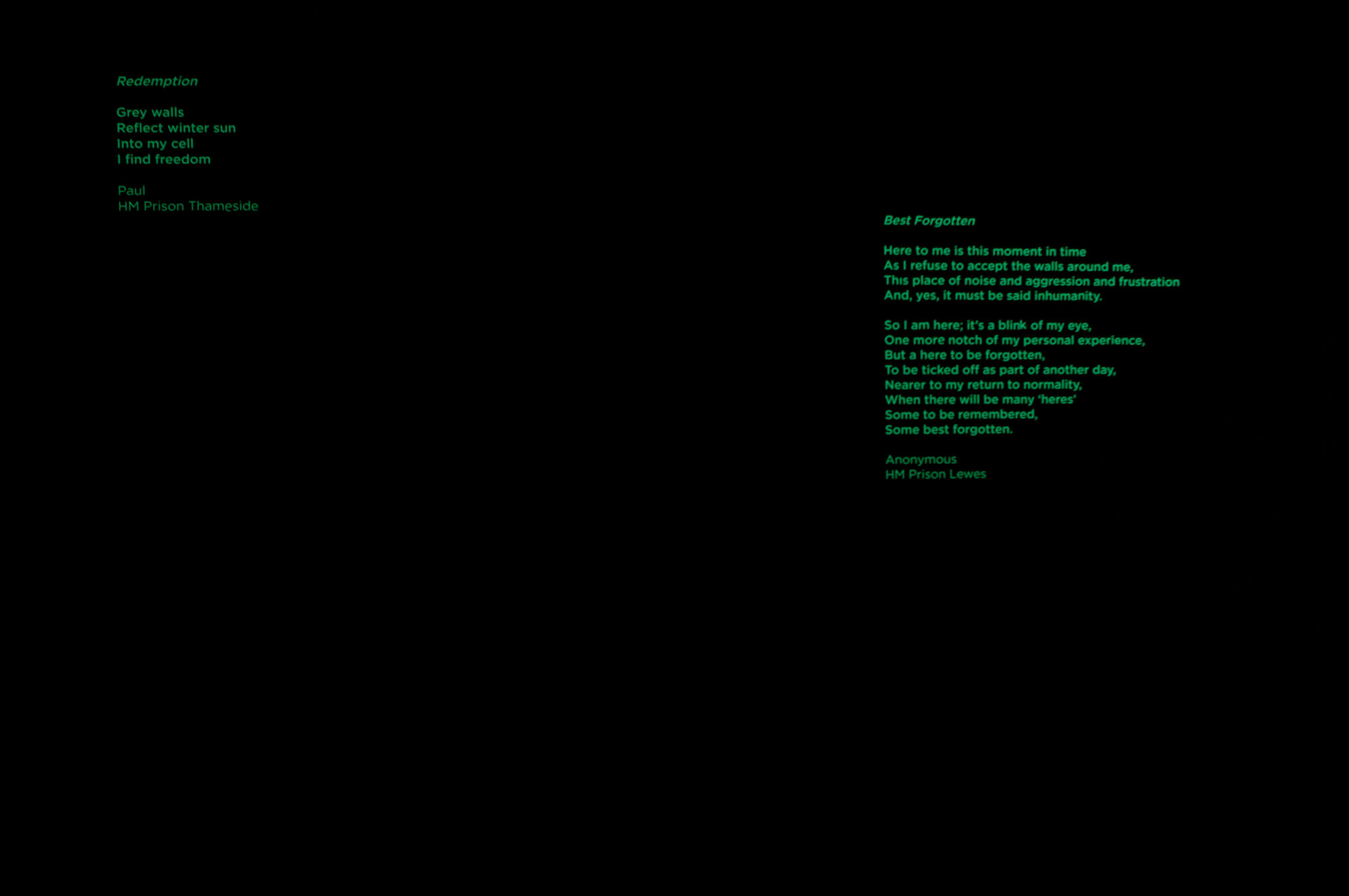 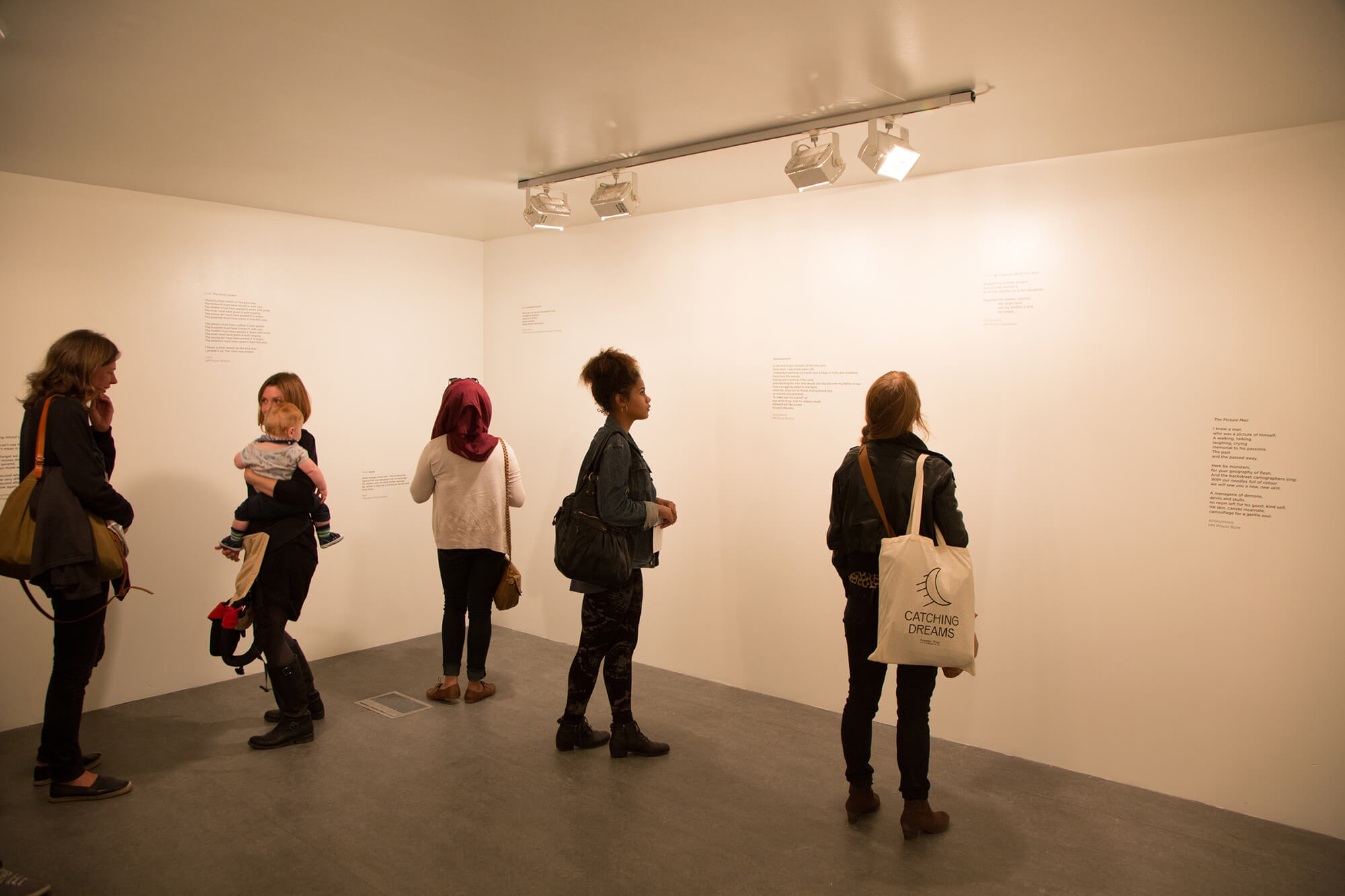