Searching for the centre 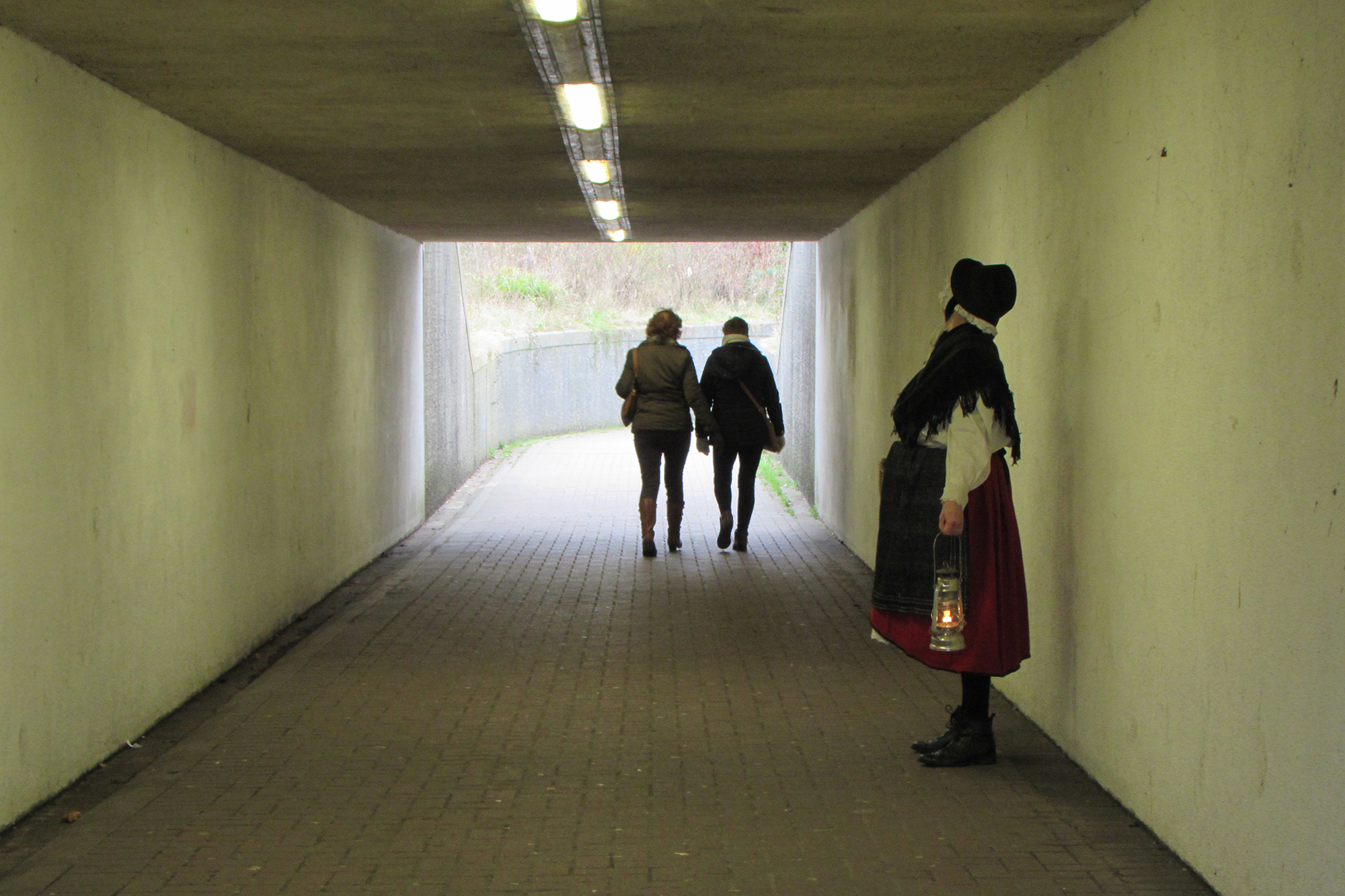 Searching for the centre

On the 21st January 2017 at 11.30am four women wearing traditional clothes worn by the Llangwm fisherwomen entered Haverfordwest from cardinal points one mile out of town. The starting locations; Debenhams, Higgons Well, Tesco Extra and the Hive Centre, symbolize how the centre has changed over time. Each woman asked the public for directions to the centre and if they had seen anyone who looks like me? Based on these instructions the women walked to where they had been guided, leaving a lit candle at each destination reached.

The four women’s paths crossed many times but never at the ‘centre’ they had been directed to. Occasionally you could see a touch of red crossing a bridge in the distance or passing on the other side of the road. Their paths entangled throughout the day leaving the traces of their journeys around the town.

Early on in the walk a passerby told one of the fisherwomen that the centre had died long ago. The exchange took place in a cemetery. She was then directed to Castle Square and descended down a dark stone walled pathway, where she left a group of young people still arguing about where the centre was. As she diagonally crossed Castle Square she walked towards two lit candles and lit her own. By the end of the day a fourth had been added bringing the four together.

In memory of Anna Evans. 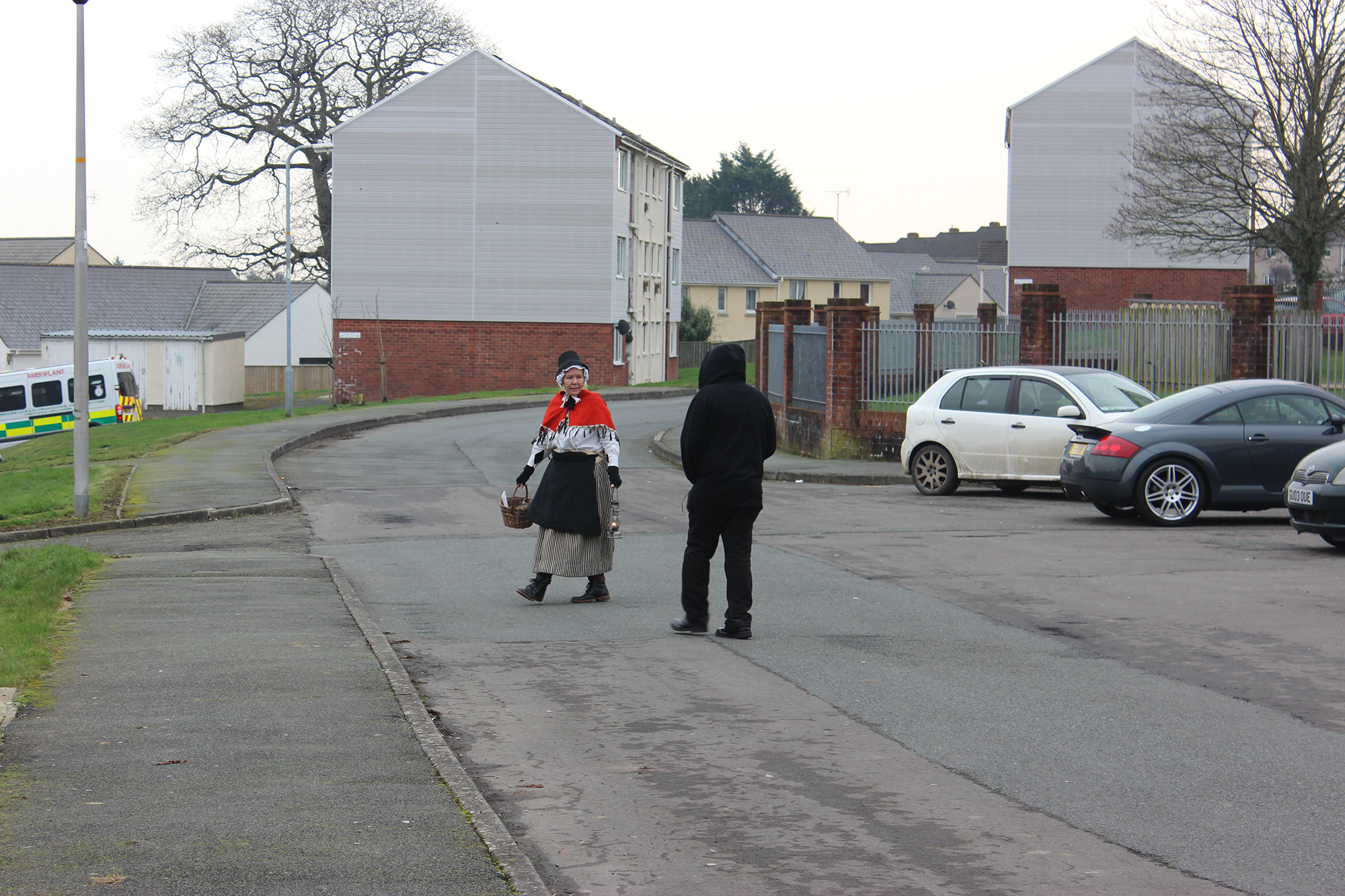 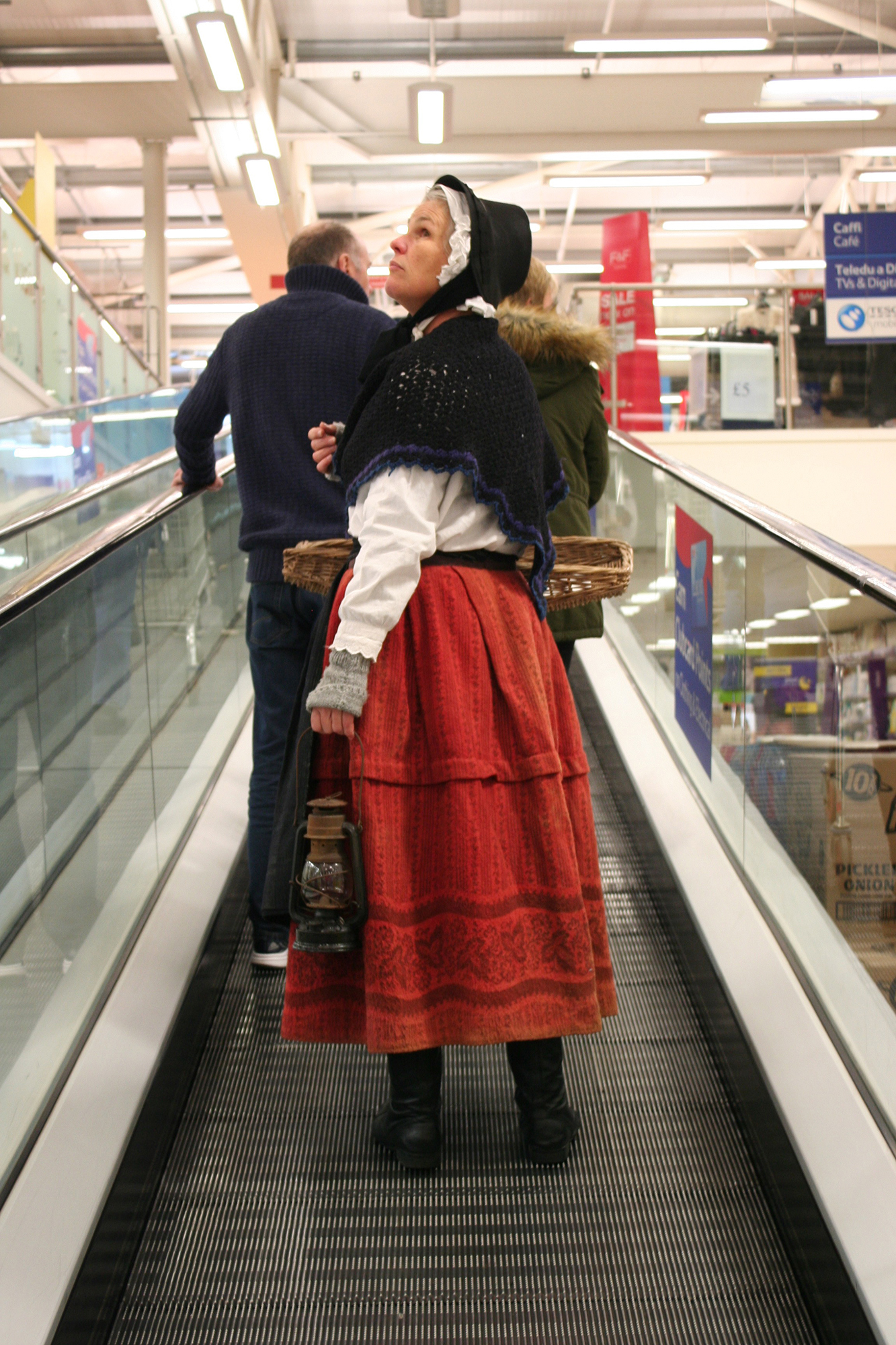 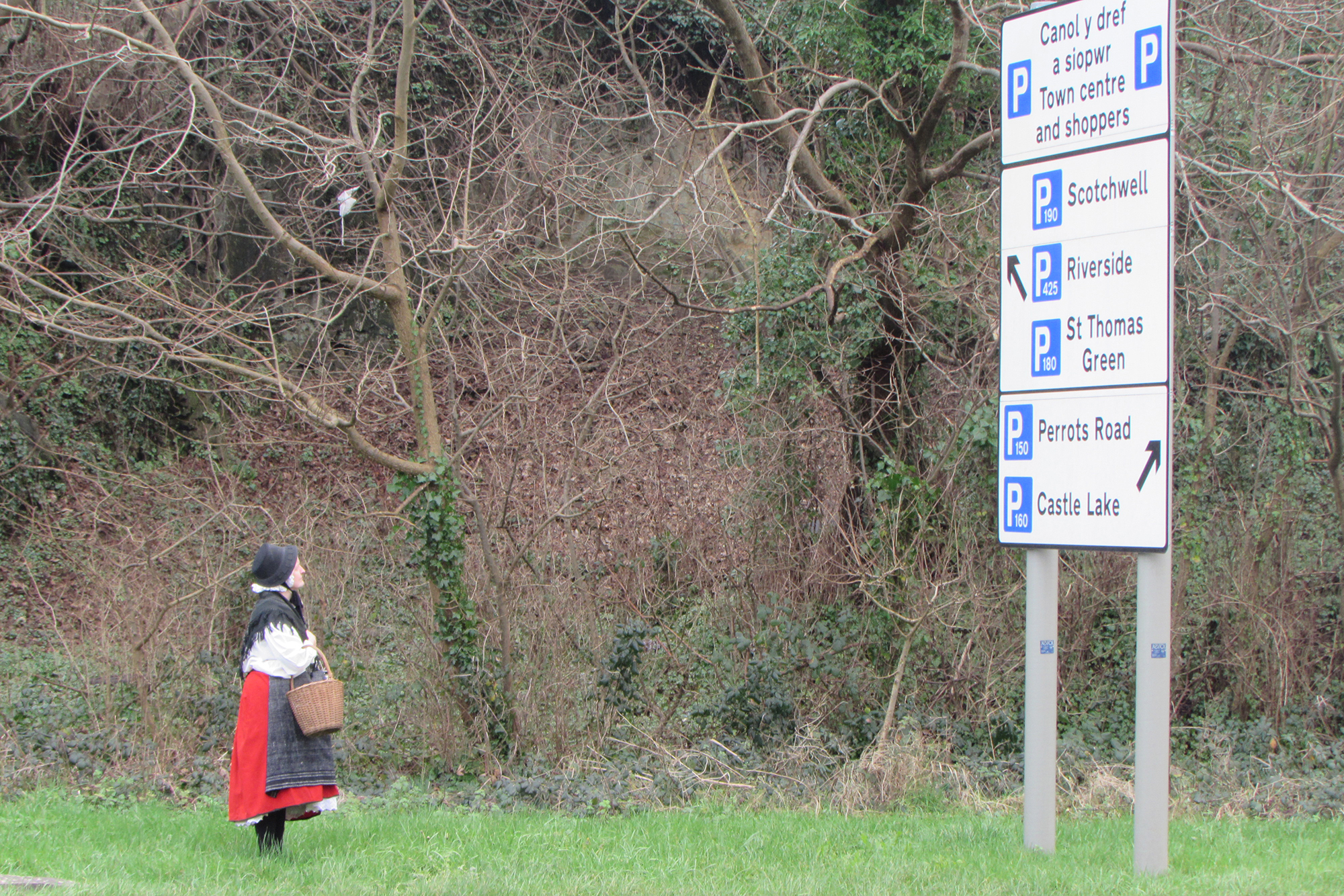 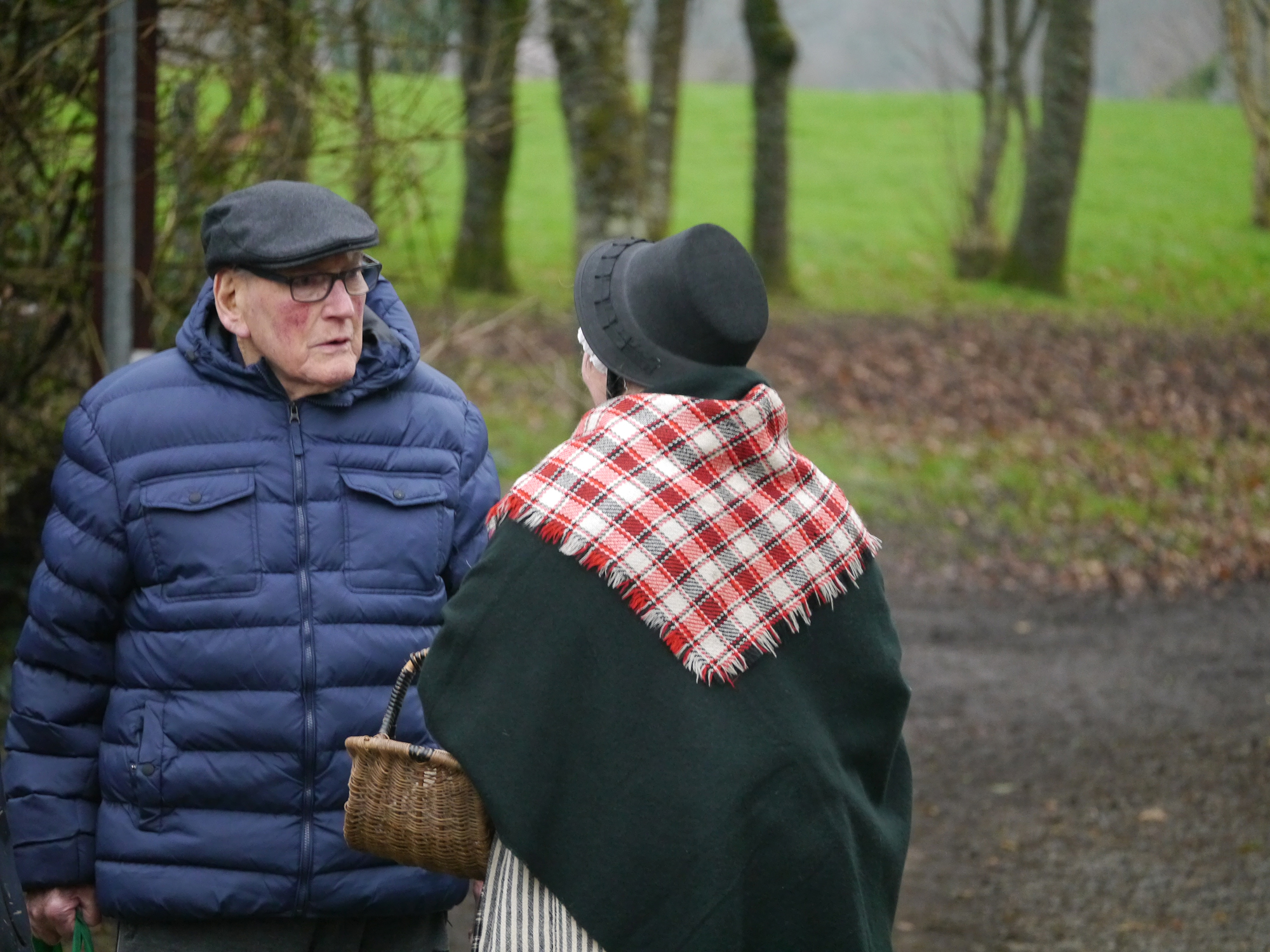 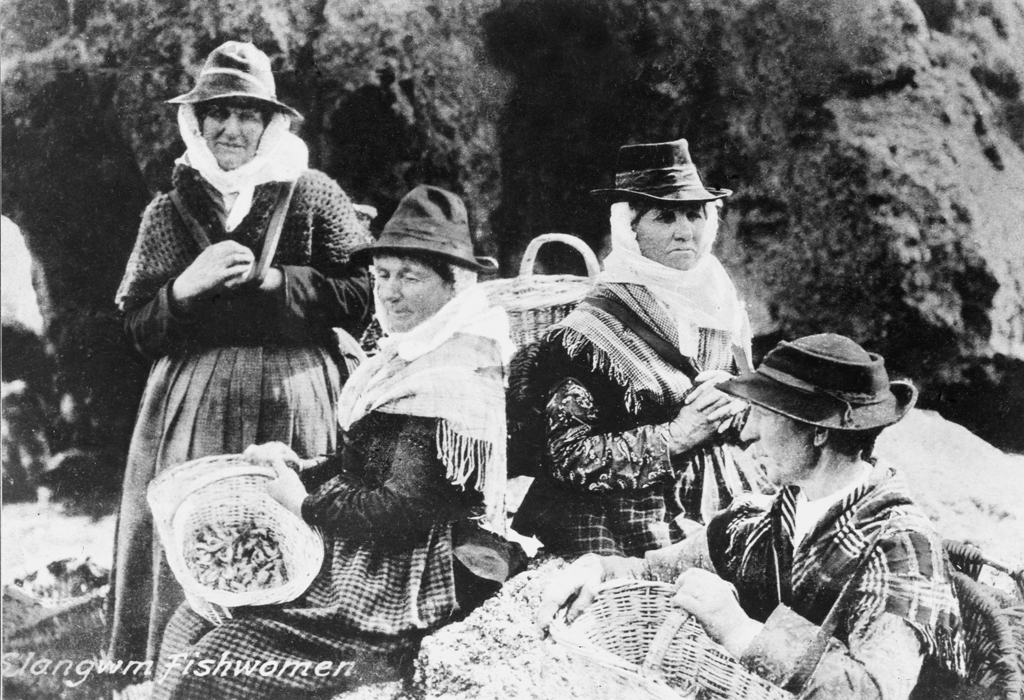 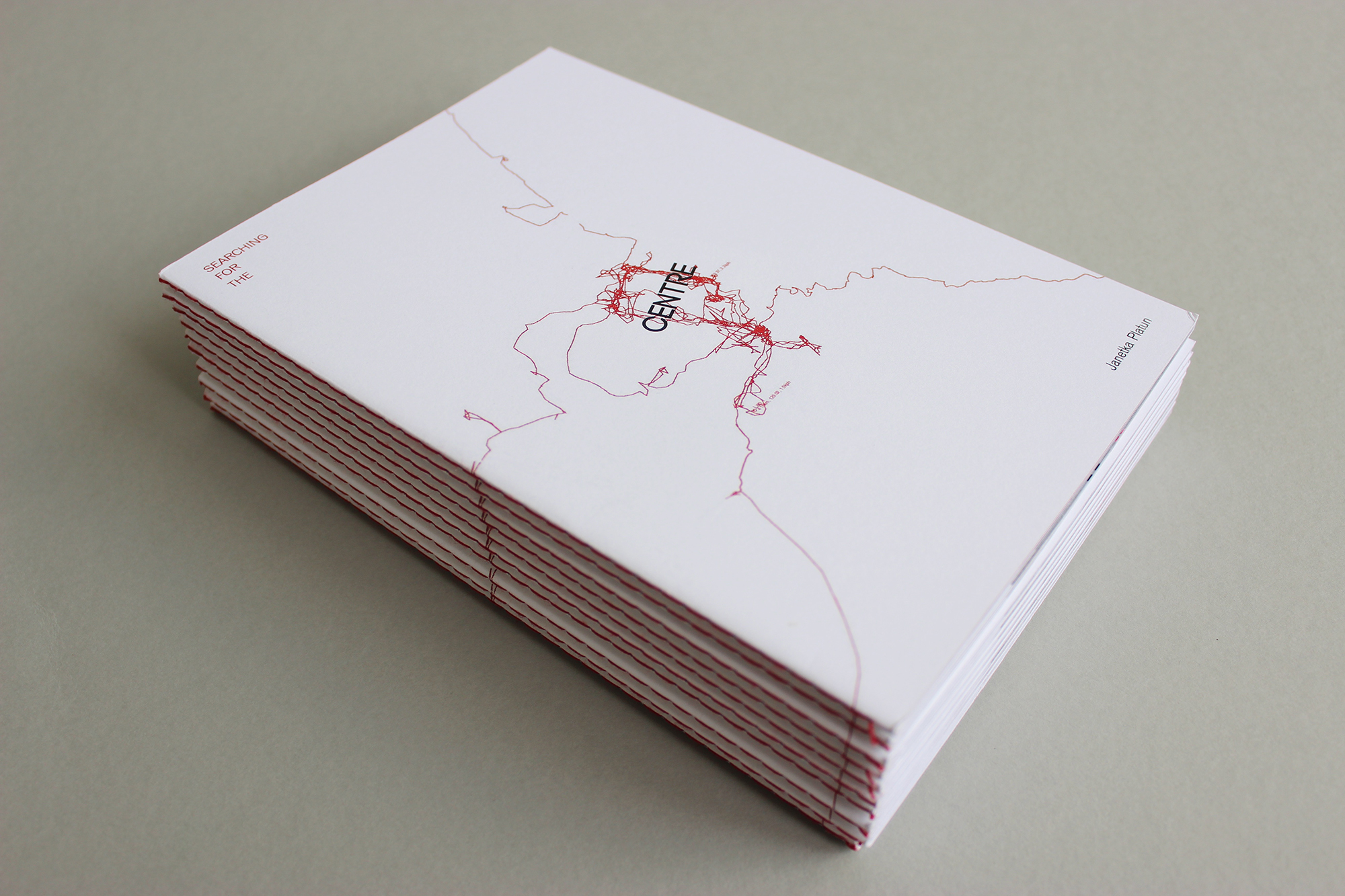